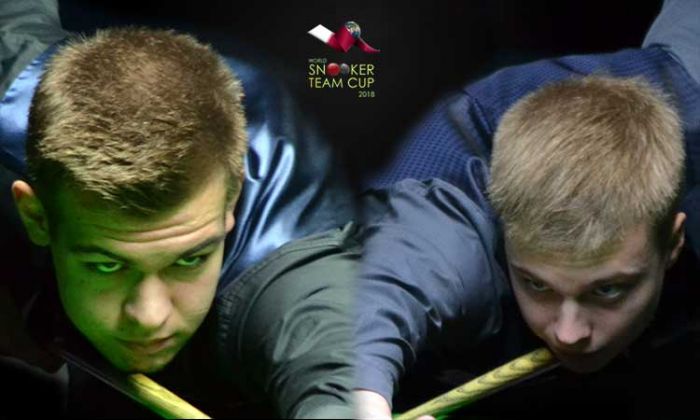 Pakistan team, however, put in all efforts to secure the doubles frame but lost by a narrow margin (54-59). In fourth frame, Ivan played, once again a commanding game to defeat Asif 65-25 and registered first win for team Russia 3-1.

In the group of three, now it’s must-win situation for the Pakistan-1 team to stay in the competition.

Fourth match of session 1 was between Hong Kong-1 and Egypt where Lee Chun Wai of Hong Kong started with a well crafted 80 points break. Though his partner Fung Kwok Wai lost the next frame but after that they both coördinated well to pull back doubles frame.