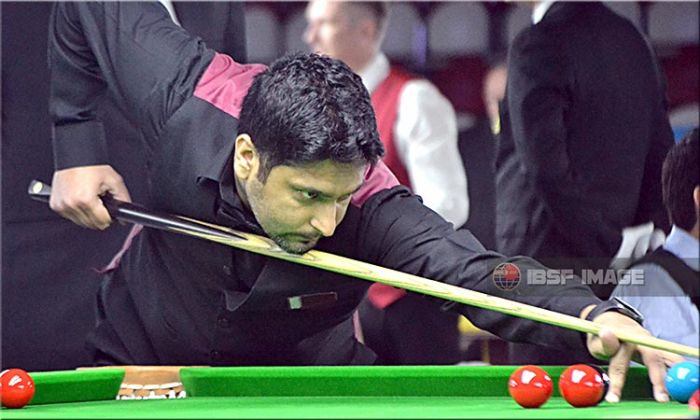 Omar Balsara of USA stretched host nation’s Bashar Abdulmajeed to the full distance before bowing down 3-4 in a highly competitive round robin match of the 2017 IBSF World Snooker Championship.

Having won the first frame scoring 58 points break, Bashar lost the second, which was well controlled by Balsara with 62 points break.

From there on both went down to the business and won alternate frames and stayed equal after 6 frames. The decider saw both the players entangled in a battle of attrition and it was Bashar who came out victorious with his crafty play of some high-quality safety shots to put Balsara at bay.

With this win, Bashar finishes all his group stage matches and advanced to knockout stage of Last-64 as No.2 from Group C. He stayed the winner in 3 matches out of total four he played.