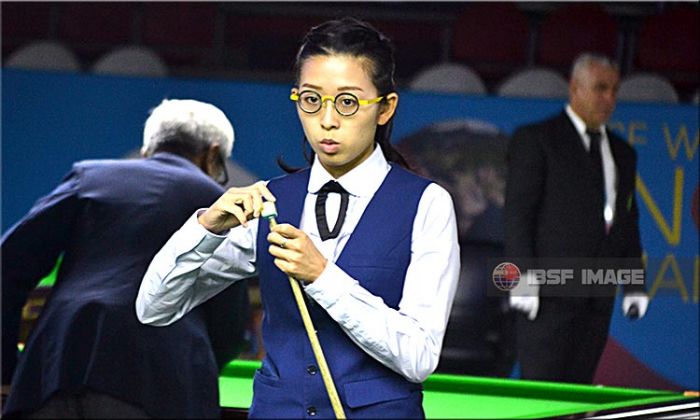 Two-time world champion, Ng On Yee of Hong Kong pot well controlled blue and pink towards the end to save her match against highly talented Indian girl Arantxa Sanchis, who fought back after seeing an opening break of 53 against her from On Yee.

Arantxa pulled up two crucial frames after that on black ball game and forced decider for the Hong Kong girl. In fact she managed to get initial lead of 20 points from the scrappy frame, but Ng On Yee recovered well to take lead (32 against 21).

Arantxa placed two snookers to cover that lead and then potted difficult green followed by brown, but unfortunately, she failed to get better position for blue pot and got in-off after potting.

There On Yee shown her class and stroke straight blue pot in top pocket followed by pink from the cushion to confirm her victory.