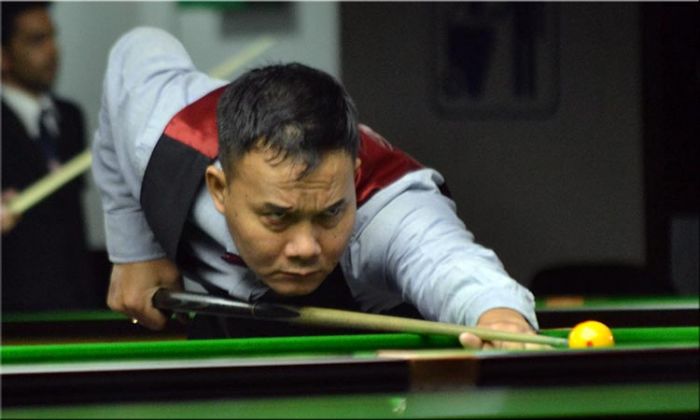 There have been many matches in past that had so close finish but this match will stay in memory for exceptionally high quality performance of Nay Thway Oo. It was surprising because Kothari required just three points to close the proceedings and when he missed, Nay Thway Oo accumulated the balance of 337 points, to outclass Sourav by just one point.

After having two big breaks of 186 and 198 points, Sourav was on last shot to pot red but a thick contact caused red pot miss.

The score was 497-163 in favour of Kothari when Nay Thway Oo started with scoring shots. He played each shot precisely giving no chance of any silly mistake. Slowly and gradually he made break of 199 to narrow down the deficit.

At the score of 362, he went out of position and Kothari had a chance to score those remaining three points, but after potting white, he missed the red pot once again leaving excellent top-table position for Nay Thway Oo.

From there onwards, Nay Thway Oo, started once again on break and crafted match winning break of 138 points to cause upset.