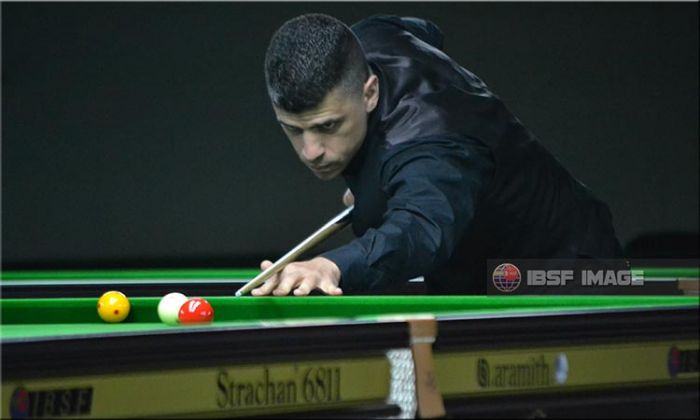 Australian cueist Steve Mifsud, who returned to the world billiards after a long time, gave a good fight to Nay Thway Oo of Myanmar and convincingly won the deciding frame to post first win of this World Championship.

Steve had a good start of his match with a break of 82 points but lost that game by 8 points. However, It wasn’t the end as he stood strong in the next game and cleared that with an outstanding unfinished break of 153 points. Third game was dicey where both had chances, but Nay Thway Oo managed to score a break of 65 points to take the game his side.

After that, Steve controlled his game and with the aid of small but effective breaks he pushed the match into the decider. Even in decider his tactical play continued that allowed him to curtail Nay Thway Oo on 58 points against his 151 to close the match proceedings in his favour.

In next session, though he lost 1-3 against Sourav Kothari of India, but before that he gave a tough fight. He pulled up third game having break of 82 and of-course a reasonably good break of 50 in second game too.