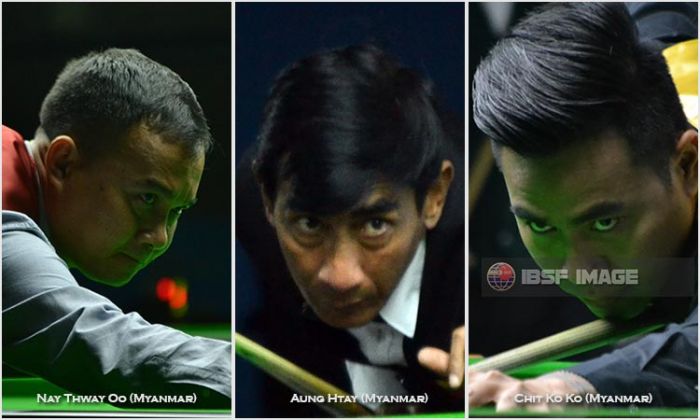 Aung Htay won against India’s Brijesh Damani having breaks of 96, 88 and 53 in all three games he played. Whereas Chit Ko Ko defeated Khamis Alobaidli of Qatar, and Nay Thway Oo downed Siddharth Parikh having decent breaks in all three games.

Former World Champion Rupesh Shah from India got penalty of one frame in his match against Aiden Murray of Ireland after his late appearance for the match. He was late by around 10 minutes of the scheduled time.

After that, he won rest of the games to register 3-1 win against Irishman. In third game he scored an unfinished break of 151 points.