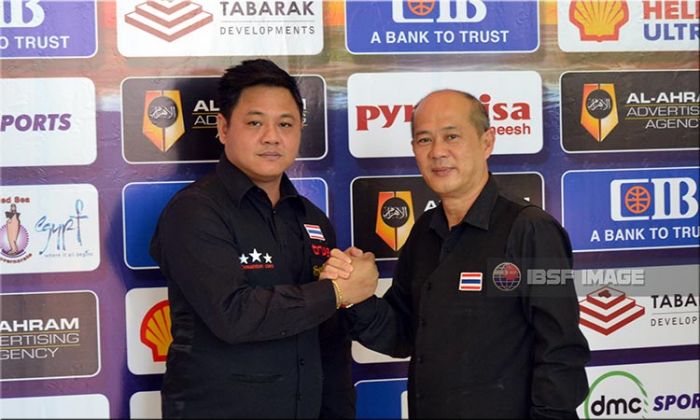 Team Thailand of Chuchart Trairattanapradit and Suchart Sukliem has won the quarter final bout in straight set of frames 4-nil against Egypt 3 of Walid Abdel Mohsin and Mostafa Mahmoud to confirm their entry into the medals round.

Chuchart was the first to take on Walild and he curtailed him to the score of 1 point to take 1-nil lead. After that Mahmoud got some scoring shot but not that enough to recover and here Suchart won 75-32 to enhance lead by 2-nil.

In third frame of doubles, Thai pair crafted magnificent break of 77 points to stay firm towards their victory and converted into the same by winning the fourth frame 73-09.

This is the second consecutive medal for Chuchart, as he had won the bronze last year too when he paired with Phisit Chandsri.