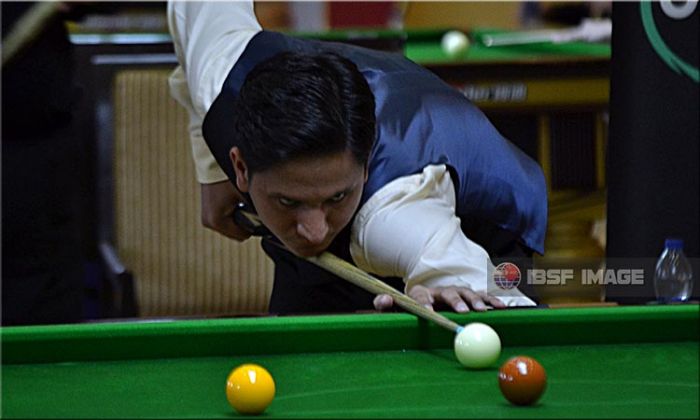 Laxman curtailed Wael to 27 points only in all four frames. Though there wasn’t any big break but he kept scoring regularly throughout the match, which was enough to make Wael unstable and getting this kind of result.

Laxman has now advanced to Last-32 stage where he will meet Chau Hon Man of Hong Kong, who was runner-up in the same event previous year.

Chau Hon Man knocked out German player Felix Frede 4 frames to 1. He also made a break of 52 points in third frame before Felix clinched one frame (the only frame Felix won in the match)