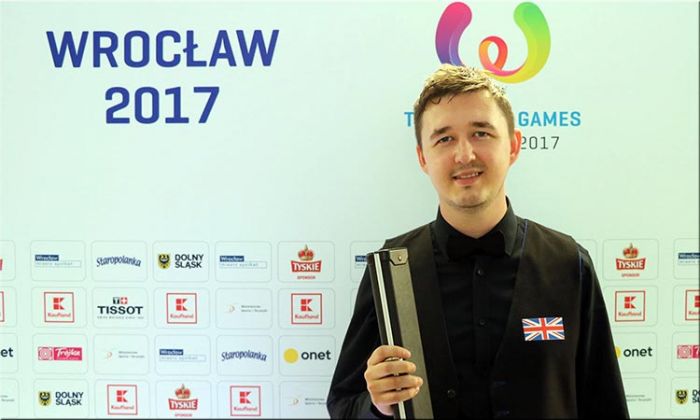 World No.11, Kyren took charge from first frame itself and curtailed Carter to only 12 points in first two frames to take 2-0 lead.

However, Carter showed his class in the third frame and made 113 points clearance to stay in the competition, but that wasn’t enough as Kyren posted Gold winning break of 77 points to prove his supremacy in his maiden 2017 World Games.

Medal Winners for Snooker at The World Games 2017