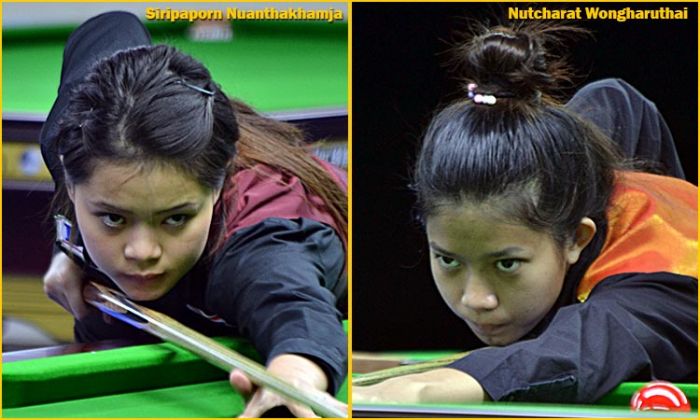 Thai girls Siripaporn Nuanthakhamjan and Nutcharat Wongharuthai have won their respective semi final matches to secure title for Thailand. They now play each other to lift the trophy.

They both played Indian girls in the semi-final matches. Where Siripaporn defeated Ishika Shah 3-1, Nutcharat knocked out Keerthana Pandian in straight set of frames 3-0.

Siripaporn took first lead of 2 frames crafting breaks of 36 and 37 but in third frame Ishika Shah bounced back and clinched the frame to cut the lead. She again emerged strong in next frame but couple of errors remained costly and multiple time world champion Siripaporn exhibited clear potting to settle the score.

On the other side, Nutcharat Wonharuthai maintained the lead throughout and kept winning frames over frame to edge out Keerthana from her way to Final.