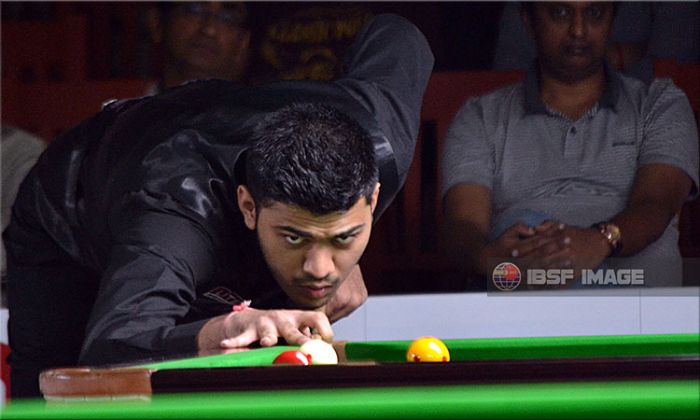 Today in the quarter-final match he knocked out player from Myanmar, Chit Ko Ko 5 games to 3. He played splendid billiards where he scored two unfinished breaks of 153 and 152 to stay at par with Chit Ko. After that Haria posted break of 94 to take lead first time in the match.

Though Chit Ko once again levelled the match with the break of 145 but Haria held his nerve better and posted break of 126 followed by controlled game in 8th game to confirm his second medal from this years’ competitions.