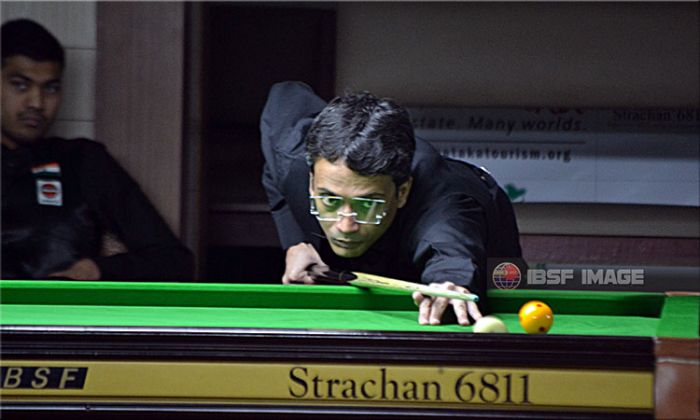 Last year’s Bronze medallist, Siddharth Parikh shown his technique of break building while playing against Dhvaj Haria, who won the bronze medal in Long Up format a day before.

Despite having a break of 75, Parikh lost the first game against Dhvaj, who compiled a better one i.e. 94.

After that Parikh delivered his best and crafted breaks of 87 and 56 in second and then an unfinished break of 150 to take 2-1 lead.

He was about the close the proceedings but on 124 he gave a chance to Haria, which he converted into a break of 145 to set decider.

In decider, Parikh stick to the table and compiled breaks of 68 and 56 to register match in his favour 3-2.

Meanwhile, Soheil Vahedi from Iran managed to secure one game against the Long Up silver medallist, Sourav Kothari.

Sourav was leading 2 games when Vahedi managed to secure third game closely (150-114) but Kothari did not give any further chance and closed the proceedings 3-1 by crafting break of 98 in fourth game.