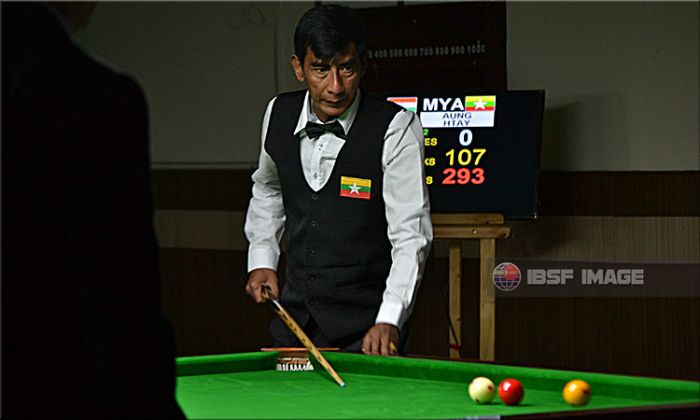 In the first session of Day-2, Aung carried the entire match his way. He was crafting breaks at regular interval and hardly giving chance to Joshi. He also crafted top breaks of 99, 66 and 138 to reach 500 points.

However, Joshi also made a break of 69 but that was not enough to counter Htay and he bowed with a total score of 137.

The day does not have good start for Englishman Rob Hall, as Sourav Kothari defeated him in a closely fought battle by 53 points. It could be anyone’s match but towards the end, Kothari held his never better and proved his supremacy by posting crucial win.

Although Hall compiled a break of 158 points but Kothari countered him well with two worthy breaks of 111 and 98.