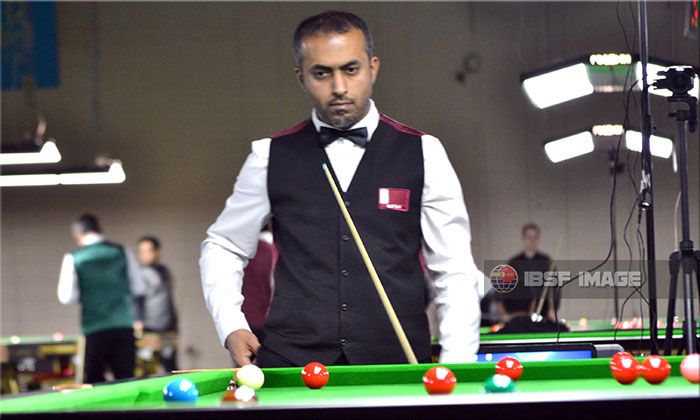 Former World 6Reds Bronze medallist and local boy from Qatar, Mohsen Bukshaisha spent the hard time to defeat the Swedish player Belan Sharif in the last session of the day. Eventually it was the last match to get over.

Mohsen had established control with 2 frames lead by posting two quick breaks of 65 and 51 points. But Belan was not far behind as he countered him with the same quantum of force and pocketed next two frames to level the match again.

The proceedings continued with alternate frame win to both of them and they reached at the level of decider. This time, being an established player, Mohsen remained calm and stuck to his job which resulted in one-sided frame win for him and the match in his favour.

Mohd. Reza Hassan from Malaysia also played till the last frame and won 4-3 against Jason Devaney of Ireland. The interesting part remained that Reza started his match with an opening break of 95 points clearance and closed the proceedings too with another clearance of 89 points. However, the entire match swung like a pendulum with an alternate frame win to each other.