After a wait of 12 years, Pankaj Advani from India succeeds to win again the IBSF World Snooker Title for the year 2015 here at Hurghada (Egypt). Though during this period he continued with his supremacy in Billiards and 6Reds having 14 world titles in his belt, but for snooker he waited that long.

In fact, he reached the final of World Snooker in 2010 at Damascus but lost to Detchawat Poomajaeng of Thailand in the final but today he was focused to get it through and he did.

Since start Pankaj was in attacking form and posted century break in first frame with 56 in next to get first lead against Zhao Xintong of China.

Though Zhao won the next frame but again Pankaj won two more frames to raise the lead 4-1 and at the end of session one, Pankaj was leading 5-2.

After the return in second session, Pankaj continued his zeal and started up with a crackling break of 93 to make it 6-2. It was looking mere formality for Pankaj as he was getting stronger in next frame, but unexpectedly he missed the simple pink in 9th frame when he was in need of Pink, Red and Pink to put Zhao out of frame.

Without wasting time on that, Zhao cleared the table to get some breathing space for him and even after he posted another break of 84 to get closer.

That was the real alarming time for Pankaj and he did address that well by posting 109 break in 14th frame to confirm world title for him. 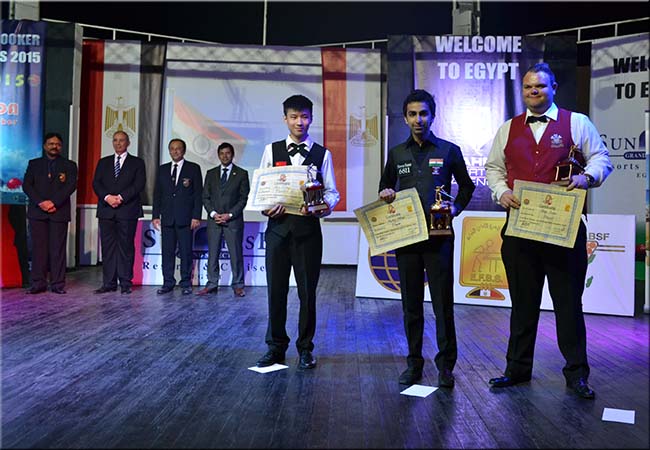