Belgie snooker player Wendy Jans proved her supremacy in the world of women snooker by winning 5th world title and 4th in a row.

This year, it was bit surprising to see her struggling in initial rounds where India's Amee Kamani also shocked her by posting 3-0 win in group stage and because of that Wendy forced to start a round before in knockouts. But once the single elimination round started, she emerged as the same World Champion and registered all wins almost one-sided.

Today also she was moving ahead comfortably and without taking much time , she was leading 4-0. Though Anastasia Nechaeva (Russia) managed to clinch fifth frame but that was the only joyous the Russian girl could have as after that Wendy pulled back the sixth frame to confirm her fifth world title. 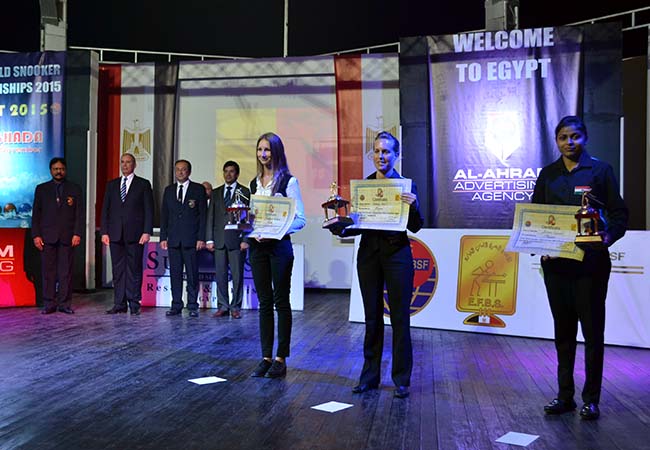