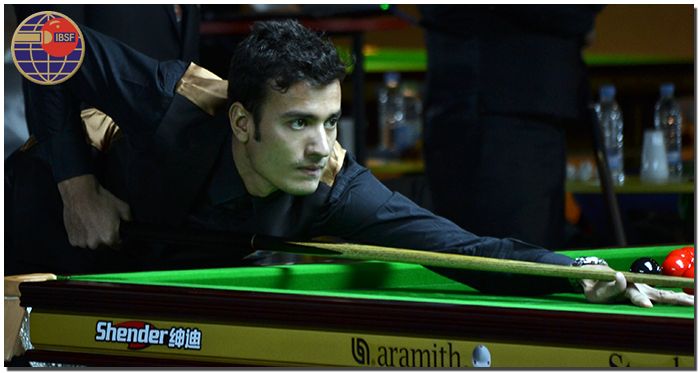 
Defending champion from Pakistan, Muhammad Asif made an early exit losing to India's Shahbaaz Adil Khan in Last-64 match. Asif was down 3-1 from where he recovered to 3-all but Shahbaaz held his nerves better in the decider to knockout Asif 4-3.

After the match, Shahbaaz admitted that there was bit pressure of playing defending champion but he kept that thought aside and played his own game.

In first two frames Shahbaaz dominated and played brilliant game to gain 2-0 lead. Asif countered with a break of 65 in third frame but Shahbaaz pulled the next frame to retain the lead. After that he started fumbling at times and missed couple of chances to give open space to Asif. Properly utilizing those chances, Asif managed to step in the decider with Shahbaaz but in that do or die situation, Shahbaaz played a much controlled game to produced two breaks of around 30 points and shocked Asif.

In Last-32, Shahbaaz will now play another player from Pakistan Shahid Aftab who defeated another Indian player Brijesh Damani 4-1.

Anthony Brabin of Cyprus knocked out Australia's ace player Steve Mifsud. Anthony won the first frame where he scored a break of 79. Steve tried to counter with a break of 70 points in next but he lost the frame as Anthony made break of 71 with remaining balls in the same frame to gain 2-0 lead. However, Steve won the next two frames to level the match but Anthony bettered his performance pulled next two to outplay Steve 4-2.