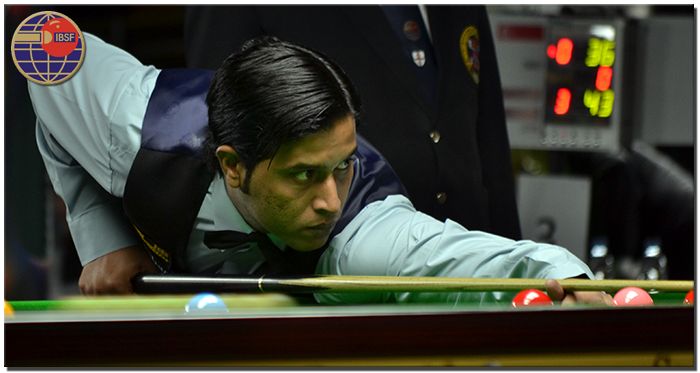 In his match against Irishman David Hogan, the defending champion Muhammad Asif of Pakistan found himself in turbulent waters as David’s resilience pushed the match into a decider frame.  After losing the first frame, Asif won successive two frames scoring decent breaks of 70 and 75 points to gain a 2-1 lead. Hogan who was determined not to be sidelined so easily won the fourth and the next two were won one each thus putting the decider on the table. In the decider, Asif led from the start and never let his guard down winning the match with a 40 points difference.

Vidya Pillai from India has topped her group after winning 5 matches with only two frames losses. Though she still has to play one more match but the point difference with others in group is so much that she cannot slip to second place in her group. Today she defeated home girl and No.2 player Anna Prysazhnuka 3-1.

In Masters’ group, Saleem from India made an exit from the tournament after losing his last group match 3-2. Once again he lost in the decider, the pattern that he followed through out the tournament.