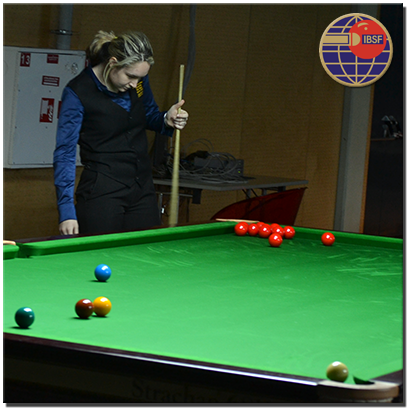 Another first almost occurred in the tournament today. In the match between  Ka Kai Wan of Hong Kong and Australiaâ€™s Jessica Woods, and with Wan Leading 2-Nil, she started the third frame and in the rally of safe shots, both the players started pushing all reds towards corner pocket and covered that with a re-crafted bunch. The rally went for more than 30 minutes. Eventually it was Jessica who took the initiative and broke that re-crafted bunch and managed to put some points on the score board. Though she gained the lead but failed to sustain it for long as Ka Kai Wan overtook and closed the proceedings by winning the frame and match.