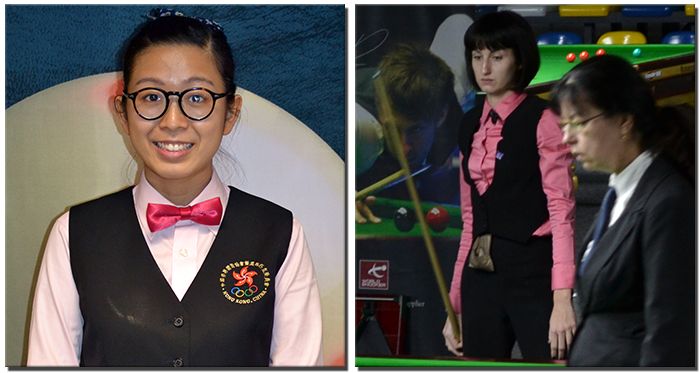 Former world champion Ng On Yee scored the first century break on day one of the 2013 IBSF World Championship which began today  in Daugavpils, Latvia. Her 104 in the second frame was the reflection of  how dominating she was throughout the match. Her French opponent Linda Lassaut had no answers to Yeeâ€™s confident, rhythm and cueing as she lost 0-3.

The former European champion and local player Tatjana Vasiljeva also won her match against her Indian opponent Chitra Magimairajan 3-0. Even though the match score would show a one-sided match but each frame contested was very tightly.

In the menâ€™s arena it was Muhammad Sajjad from Pakistan who scored the first century break of 110  in third frame against his match with Andrej Maksimov (Lithuania). The score line of 4-0 is a clear indication of how one-sided the match was and how little Andreaj had to do in the match.

Jeff Cundy from England was another player who was in great form. In his match  against Hans Blanckaert (BLG) Jeff just walked all over Hans with three brilliant breaks of 94, 82 and 84 points to seal the match 4-0.

The first upset of the tournament came from the cue of Yuttapop Pakpoj of Thailand. With the score board reading Pakpoj 3-0 down, every one had written him off except Pakpoj himself. His rally of four straight wins against Michael Collumb from Scotland was the talk of the tournament.