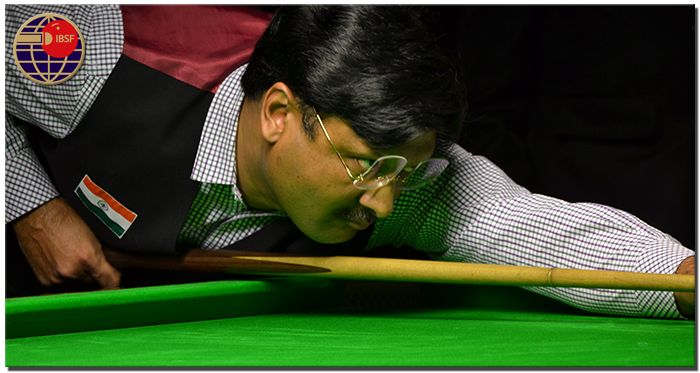 Within 24 hours Alok Kumar from India takes his revenge by defeating David Causier in Long Up format, whom he lost in the final of 150Up format a day before. David Causier must have not imagined that so soon he will loss by the same opponent whom he defeated 24 hours ago to win the World title.

Today in a closely fought group stage match, Causier started with a finest century break but Alok countered the same by crafting 93 points. Immediate after Alok made another break of 200 points to take a comfortable lead.

Trailing Causier gathered every shots and chased successfully but fall short by 50 points to winning line. Pressure to win the match was clearly evident on both the cueists but it was Alok who kept his calm and made a controlled break of 66 points to defeat Causier 400-375.