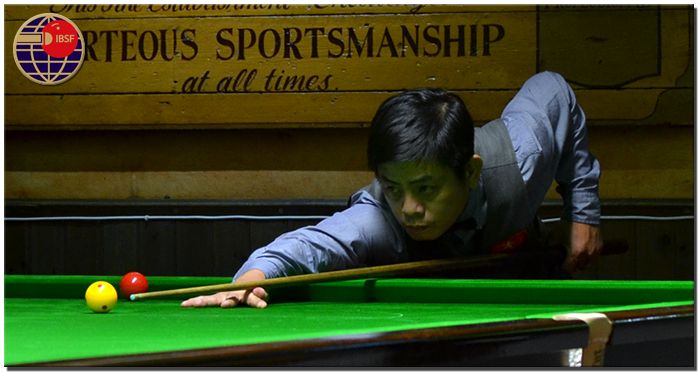 Leads does not win matches, its only determination and hard work pays off. The same was clearly evident in the match between Jaiveer Dhingra and Thanh Long Nguyen, where Thanh, despite having trail of more than 100 points won the match. More important he did not produced any big break either in the beginning or even to recover from trail.

In contrast, Jaiveer Dhingra produced two breaks of 80 and 68 points to gain good lead over Vietnamese challenge. Later Thanh Long curtailed Dhingra from heavy scoring, recovered from the lead and managed to defeat him by only 6 points (400-394). In this course of action he made no big break and just kept scoring consistently without giving any chance to Dhingra to score much further.