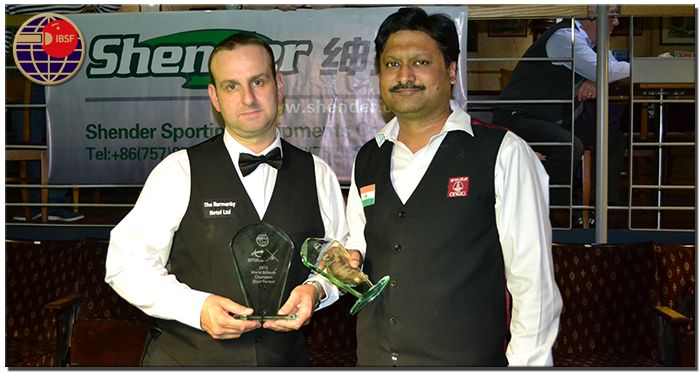 Causier constantly kept scoring in the final and had no hurdle in climbing high to claim the title. He started with two magnificent unfinished breaks of 123 and 114 points and gained 2-Nil lead.

Alok countered in the third game and scored 81 points but Causier always remained ahead and won the subsequent games by crafting breaks of 64, 85 and 109 points.

However, Alok managed to clinch the sixth game and gave tough fight in the seventh also, but it was too late for him to clutch unstoppable Causier and bowed down 6-1.