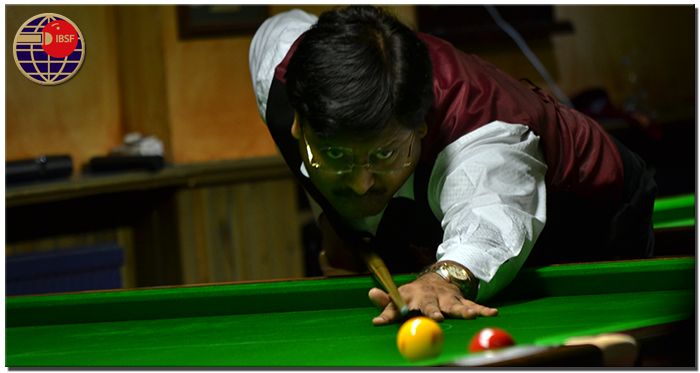 Alok Kumar from India had almost won the match when he missed the match point and put himself under unnecessary pressure.

Playing against his compatriot B. Bhaskar, Alok demonstrated outstanding game to enjoy 3-Nil lead. In the fourth frame too, he was about to touch the finishing line but in need of last 2 points, instead of white pot, he opted dicey red in-off and missed.

Bhaskar punshed well that unforgivable shot and started narrowing the lead by winning games over game.

Where Alok was under pressure of losing almost won match, Bhaskar had the only chance to claim first medal of his life. In that tug-of-war, both landed in the decider game where Alok took the charge and made an initial break of 59 points. Bhaskar countered that by 52 points and missed a direct red pot leaving all open for Alok.

Alok had that last opportunity where he played billiards with the finest touch and crafted a worthy break of 81 points to seal the match.