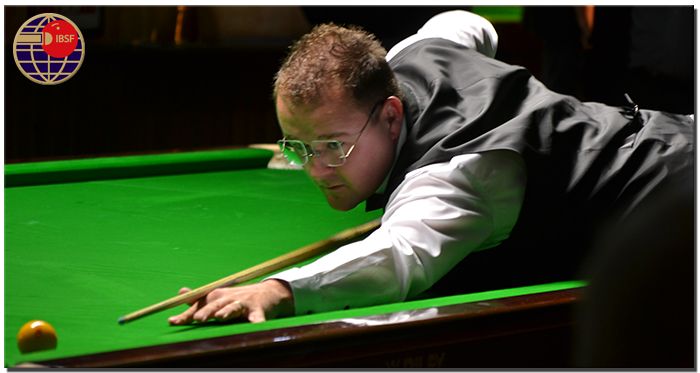 Rupesh Shah failed to defend his title in 150Up format of World Billiards championship being played here in Leeds, England.

In the quarter final match, Rob Hall from England knocked out Rupesh 4-3 and confirmed his place in semis. Credit must go to Rupesh for the game he played like a champion, down 1-3 and 92 points in the fifth game, he converted that one opportunity into two successive game wins scoring 97 and 108 points to leveled the match.

In the decider, he missed a long loser and paid the cost as Rob Hall converted that chance into 100 points break and won the match.