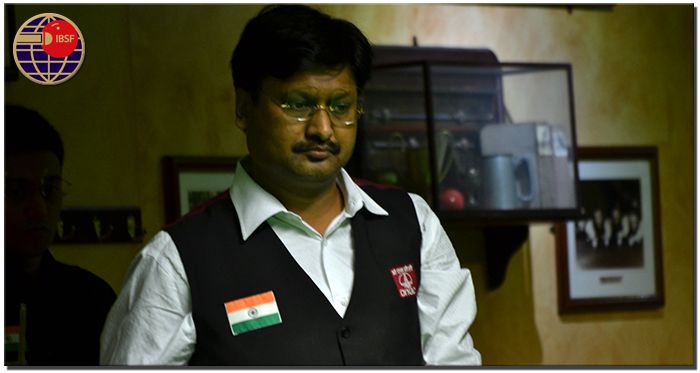 Current Asia No.2 Alok Kumar played magnificent game to outplay his compatriot and former World Professional No.2 Dhruv Sitwala 4-1 and entered into Quarter finals of World Billiards (150Up) championship.

Since the start, Alok was in terrific form and registered two breaks of 93 and 106 points and gained 2-Nil lead over Dhruv. The third game went very close where despite having a break of 119 points, Dhruv lost the game by mere one point. Alok also registered break of 80 points in the same game and won 150-149. Though Dhruv made a comeback in next game and also scored 99 points break, Alok was not in mood to give further chance and crafted two breaks of 51 and 90 points to win the match 4-1 and stepped in Quarter Finals.

Alok will now play another compatriot B. Bhaskar who defeated Wayne Doyle from Ireland 4-1 in Last 16.