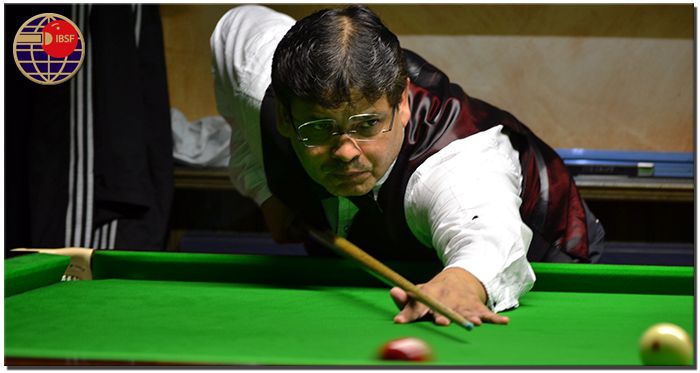 In a high quality match played between multiple time World No.2 Devendra Joshi and former World Champion Ashok Shandilya, Joshi took lead in the decider frame by crafting 81 points and edged out Shandilya.

After losing the first game, Joshi bounced back and crafted 118 points break to win the second game and leveled the match 1-1 but again the former world champion pulled the next one to step ahead. Though Joshi was trailing but not dejected at all and produced two breaks of 88 and 81 points with all positive energy in subsequent frames and registered 3-2 win over Shandilya.

In another match, Arthur Winn from England won his match 3-1 against tough challenge from his compatriot Adam Clarke. Though Adam did not win the match but his total score was 150, 138 and 127 in last three frames.