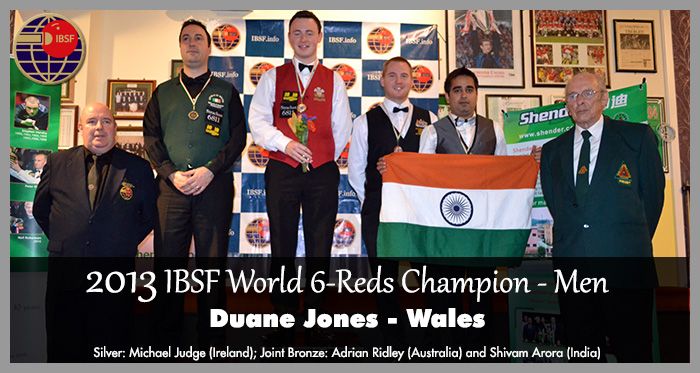 In the final he defeated the local lad Michael Judge (Ireland) 6-4. Jones played brilliant to win first three frames one sided but after that Judge succeeded to pull back fourth frame. Jones did not want to waste his hard work and won two more frames to leave Irishman way behind.

The Irishman was also not agreeing to loose like this and he fought back to pull three frames in a row but failed to give a complete finish and settled for the silver.