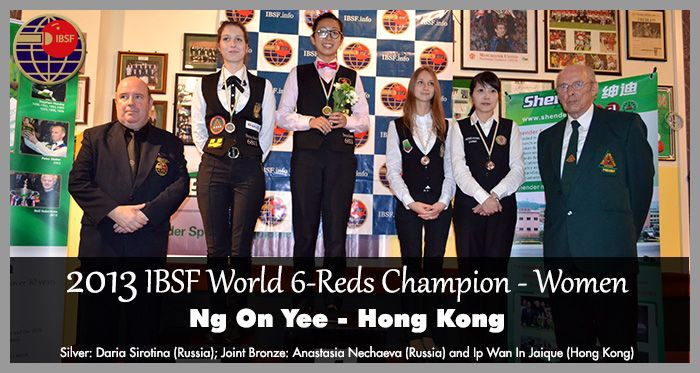 Ng On Yee from Hong Kong won the first edition of IBSF World 6Reds Championship today here in Carlow. 1 hour 8 minutes long final is one of the quickest match in Women's category.

From the starting frame, Ng On Yee did not allow her opponent Daria Sirotina (Russia) to pot even a single ball and first two frames ended 34-00, 43-00.

In the third frame there were some chances for Daria but lately the frame ended in Ng On Yee's favour 45-37.

The final frame was also one sided and ended 42-00 and with that Ng On Yee become first World Champion of 6Reds format.