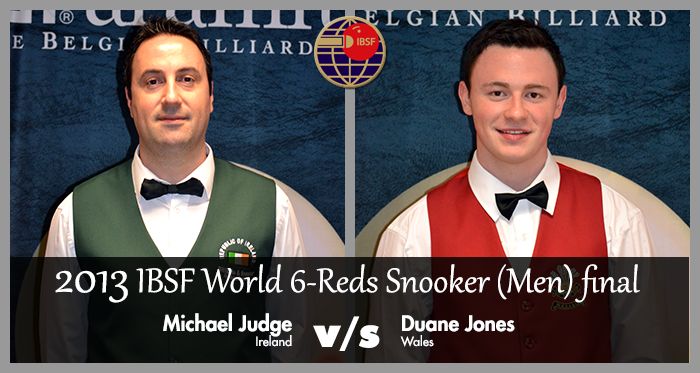 Michael Judge must be happy to keep hopes alive for Ireland to win a title. In total five disciplines world championship (6Reds and Team) organized by Republic of Ireland, Michael Judge is the only Irish player to reach in to the finals of one of them. He defeated Adrean Ridley of Australia 5-3 last night to step in the final of 6Reds Men event.

Till the half way, match was balanced and both the players were pocketing alternate frames till 2-all when Judge shifted the gear and pulled two consecutive frames to make if 4-2. He was about to seal the seventh frame but gave a chance to Ridley on colours which he capitalized to seal the frame.

In eight frame, Judge did not wasted much time and cleared the table with a score 37-12 to keep hopes alive for Ireland.

He will now play Duane Judge of Wales who defeated India's Shivam Arora 5-2. The final will be played at 3:30 PM (Irish time)