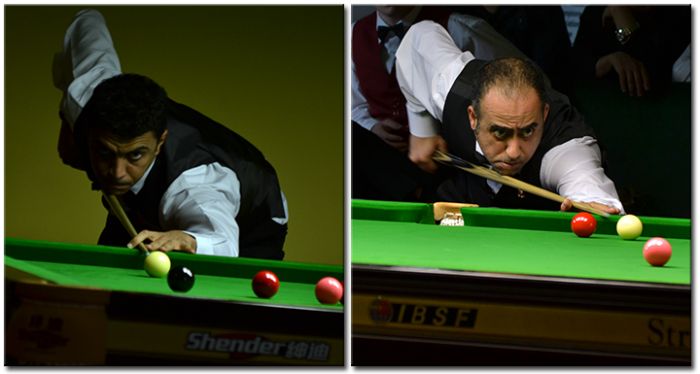 Team UAE comprises of Mohd. Shehab and Mohd. Al Joaker advanced to Quarter finals of Men's Team event. They defeated team HongKong2 3 frame to 1 in the Last 16 stage to move ahead.

Despite having 51 points on board, Mohd. Shehab lost the first frame where Chan Ka Kin from HongKong crafted an excellent break of 78 points. In the next frame, Mohd. Al Joaker produced break of 57 points to level the match and from there they did not look behind and sealed the match 3-1.

Another Men's category match between Iran and India2 went very close, Shivam Arora won first frame for India from Amir Sarkhosh, but Shahbaaz Adil Khan lost to Soheil Vahedi. In doubles frame, despite having 24 points lead, team India lost to controlled shots by Amir Sarkhosh. He played brilliant in that situation and pulled the frame in Iran's favour to gain 2-1 lead.

However, Shivam won fourth frame to level the match again but Shahbaaz lost the decider on black ball and Iran advanced to Quarter finals.

Team England also entered into Semi Finals by defeating team Ireland1. Despite having excellent start, team England fumbled in between and had to spend more time to pull the match in their favour.