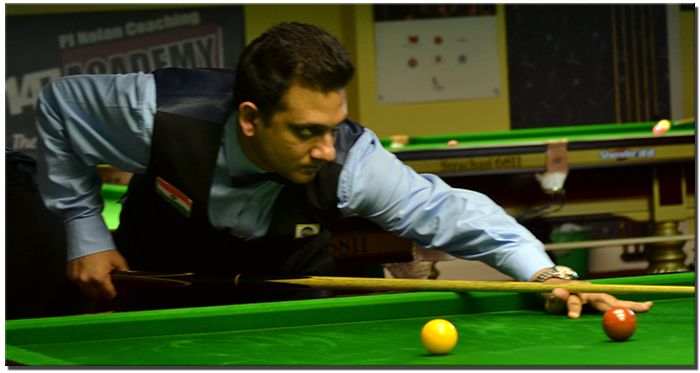 After Zielinski, Mateusz Baranowski from Poland was also on the way to give another dent in Indian camp but on the right time, Manan Chandra from India converted almost lost match into great win.

Baranowski's 3-Nil lead was the last wakeup alarm for Chandra and he instantly took a note to recover from such vast deficit. Without losing any control, Chandra kept scoring as and when he was getting chance and also played tremendous safety in order to curb Baranowski. With all those efforts, Chandra managed to won subsequent three frames to level the match and setup decider against Baranowski.

In the decider frame, Baranowski perfectly broke the frame and placed snooker behind the green. In the next shot, Baranowski got a perfect chance to convert the same into match win but after potting the red, he missed the easiest pink from where he could have easily score big break.

That was the last chance for Chandra and he demonstrated excellent shots to put Baranowski out of game. In need of three snooker, Baranowski succeeded to get one before bowing down to Indian challenge.