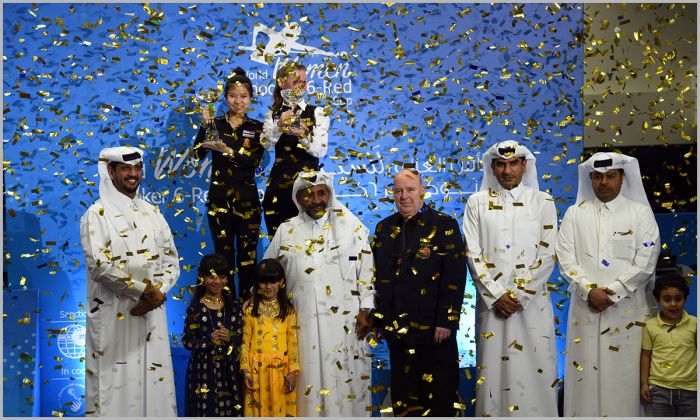 
Similar to the semi-final, she was by two frames and then 1-3 in the best-of-nine frames final. Sniffing the threat of losing, she changed the gear in the fifth frame and by a huge margin. That must be a big relief for her and after that, she remained unstoppable as in all next frames, she curtailed German opponent on the single-digit score to win 5-3.

Delighted Nutcharat mentioned that she felt pressure in both of the last matches but did not lose hope. Her confidence helped her to keep the score moving resulted in winning the title.

Despite bit disappointment of losing the final, Diana also expressed her happiness on overall performance and playing final of such a high magnitude tournament where many top players of the world competed during the last three days.


IBSF President Mr. Mubarak Al-Khayarin expressed gratitude to the Qatar Billiards and Snooker Federation for hosting this tournament. He hoped that more such tournaments will take place in the future.


Quote from the Runner-up, Diana Stateczny from Germany