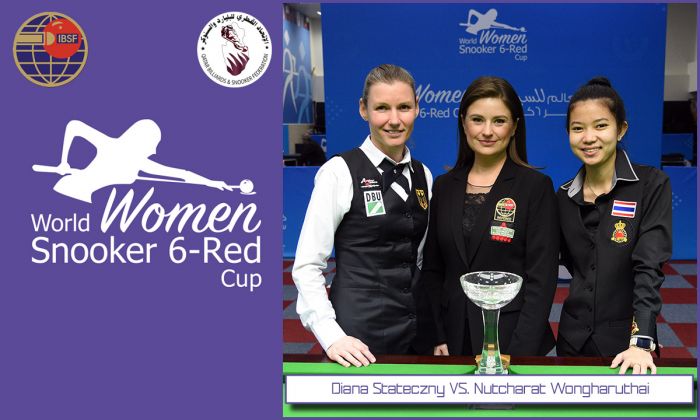 
Diana won against Amee during the round-robin stage also but that time the match reached till the deciding frame but today she kept control on her nerves and continued in top form against her Indian opponent to defeat 4-0 to qualify for final.

Diana started the match confidently by keeping Amee on a single score in the first frame. However, Amee attempted good recovery in the second frame but failed to secure and Diana gained 2-0 lead.

From there on, Diana seemed to be in complete control and she didn’t allow Amee to pot even a cherry. She won the next two frames to close the proceedings 4-0.

The other semi-final turned completely other side and Wendy Jans lost 3-4 after obtaining a comfortable lead of 3 frames to 1. The way Wendy was playing, she should have finished 4-nil or maximum 4-1, but almost lost Nutcharat Wongharuthai sent strong recovery in the fifth frame and won that on black ball game. From there she gained good confidence to counter multiple-time world champion, Wendy, in the next frames and finally defeated her 4-3.