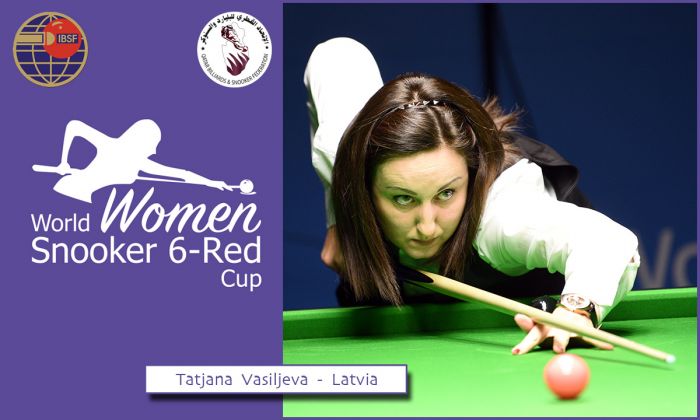 Former European champion, Tatjana Vasiljeva of Latvia returned to Green Baize after a sabbatical of around two years. She is participating in the ongoing World Women Snooker 6Red Cup 2020 here in QBSF Academy and won her first match against Russian player Svetlana Kozyreva 3-0.


Despite staying away from snooker, she was striking well and won the first frame by a decent margin. Though Svetlana came quite close in the second frame while attempting recovery, but Tatjana played good safety on the last colour balls and won 36-24.

In the third frame, she curtailed Svetlana on a single point score and won that too 45-1 to clear the match 3-0.

Even in the second match, she defeated Polish player Izabela Łącka 3-0. Similar proceeding in this match too where Izabela could’ve won the second frame but experience worked for Tatjana and she closed the proceedings 3-0.

Multiple time world champion, Wendy Jans of Belgium was first to clear her match in the first session. She defeated Joy Lyn Willenberg of South Africa by scoring two breaks of 31 and 37 in the first and third frames.

A similar score was for current World Women 6Red No.2 Amee Kamani of India who defeated Russian player Mariia Shevchenkov 3-0.