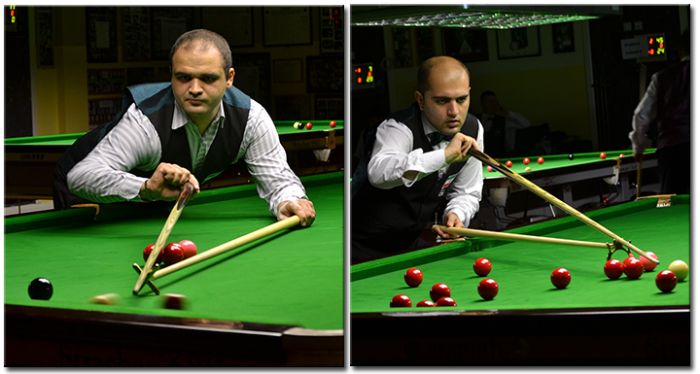 After winning the last match 5-Nil against team Russia2, the team Iran finishes their all matches in group stage and topped the group B here in IBSF World Team Snooker championship at Ivy Rooms in Carlow.

In today's match the team started with singles match between Amir Sarkhosh and Viktor Larionov from Russia, where Amir completed the proceedings by giving away only one point (71-01). In next frame, Soheil Vahedi made a clearance by crafting 69 points break and on other side no points to Russian player, Igor aksiutin(86(69)-00.

Identically in the doubles frame, Vahedi again crafted a break of 80 points and sealed the match with no points to opponents (115(80)-00. By winning the three frames in a row, team Iran had already confirmed their match win and rest of the frames were mere formalities which they also sealed scoring 59-16 and 83-08 to make a clean sweep.

Delighted team Iran speak to IBSF after their match and excerpts are in video linked below.

Worth mentioning, Vahedi was Bronze Medalist in 2008 IBSF World Championship and was runner up in 2009 IBSF World Under-21. After that he joined as 'Service for Nation' in Iran and returning in this championship after a long gap.

Apart from other scores, there were two century breaks in today's matches in team events. 111 by Adrian Ridley (Australia) and 102 by Alex Taubman (Wales) in their respective matches. However, Duane Jones from Wales also made 83 in fourth frame and Alex further produced 64 to seal the match 5-Nil against team France.

So far there are total 4 century breaks in 2013 World Team championship leading by Rodney Goggins who crafted 113 earlier. 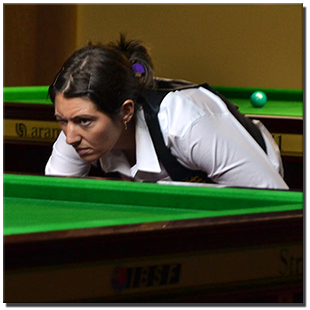 Where Men were crafting breaks, women players are not behind. England's Maria Catalano made an impressive break of 67 points against Weronika Nowicka ((Poland) in order to win team match 3-Nil for England.

By crafting 67 she surpassed the high break of 65 made by Ip Wan In Jaique (Hong Kong) earlier.