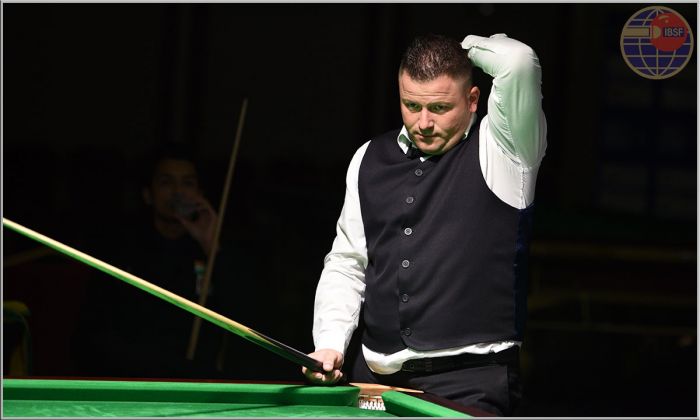 
The match was last to finish late night where both spent gruelling 3 hours 59 minutes on table after which Kevin left the venue as winner 5-3.

Undoubtedly having a professional experience, Aditya gave a brilliant start with breaks of 50 each in first two frames to lead 2-0. Kevin quickly sent recovery with his controlled game and brought back the match at par after winning next two frames.

The heat of the match was emerging and then Aditya sealed one more frame to maintain the lead but for him sixth frame was critical where he had chance to cement his lead further and missed that narrowly on last colour balls.

Aditya tried again to recover in seventh frame but a bad miss allowed Kevin to score decently and secured that frame too. Further ahead, Kevin taken over the control in eighth frame and obtained lead of nearly 50 points.

When it appeared that the match will end soon, Aditya fought back and placed couple of extremely hard snookers to return into the game. He had almost chased Kevin and brought frame at level but a loose safety on pink gave half chance to Kevin and he succeeded.