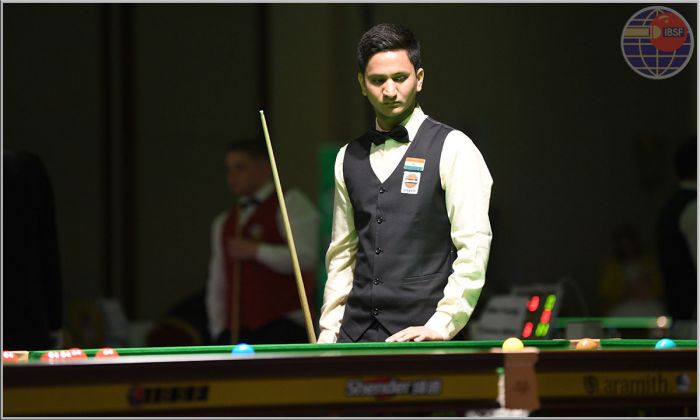 Indian player Laxman Rawat has entered in the Last-16 knockout stage of World Men Snooker Championship 2019. In last-32 he defeated 17-year-old Florian Nüßle of Austria 5-3 to secure his berth.


This is the second time since Doha 2017 when they met in any competition knockout stage. Last time Florian knocked him out in the Quarter finals of the same competition and now Laxman defeated him this time in Pre-quarters.

Laxman was in good position with 2-1 lead, then 3-2 and both the time, Florian succeeded with frames recovery but in last two frames, Laxman controlled maturely and close the proceedings 5-3.

Thanawat obtained 3-1 lead when Ahmed sent strong recovery with two frame wins. Though his efforts didn’t succeed when Thanawat dominated in next two frames and won.