Free Cue Zones organised by the Turkey Association and the IBSF will be held with Irelands IBSF Coach PJ Nolan from 10am – 4pm from the 29th of October to the 6th of November.

PJ worked with Jessica Woods and Kylie Bellinger from Australia, Diana Stateczny from Germany, Amitabh Seth and Nitin Mehta from USA and Carl Nieuwoudt from South Africa on their Break Building, Long Potting, Cue Ball Control, Mental Side of the game, Developing good fundamentals in their Techniques.  All the players really impressed PJ with their commitment and the players said they really enjoyed their lesson. 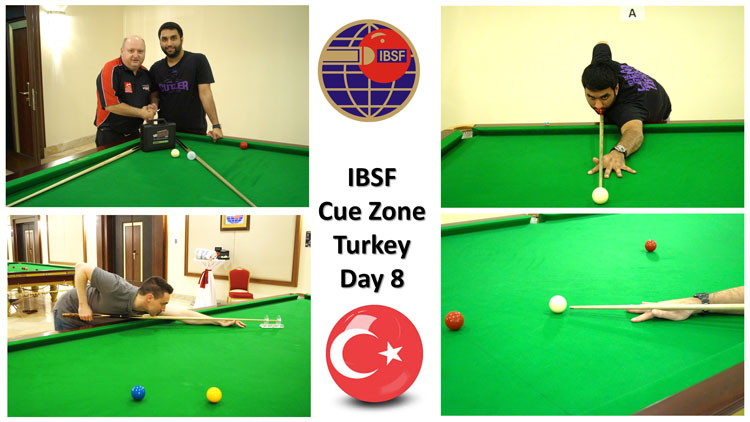 IBSF European Head Coach PJ Nolan will conduct an open free cue zone from 10am – 4pm. To get a session you need to go to the Cue Zone beside the tournament venue. Each player who attends PJ’s IBSF Cue Zones this week in Turkey will received a Mind Fitness Booklet.

The Cue Zones have been organised by The Turkey Federation and the International Billiards & Snooker Federation to promote good coaching to all the players.