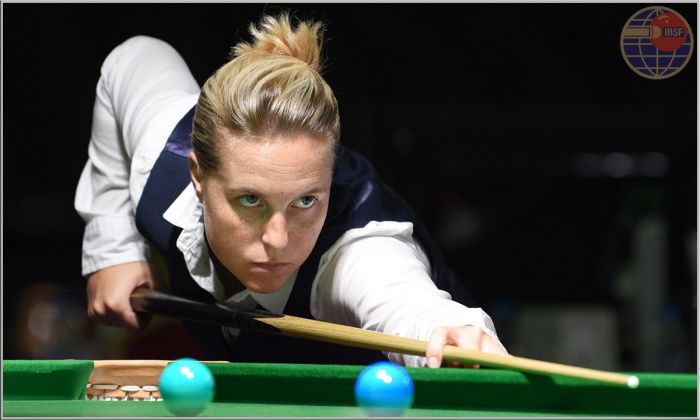 
Initially it appeared other way as Ying Chu curtailed her on low score and maintained the lead till last four reds were on table. The balls were in cluster but Wendy selected the next three reds precisely with supportive colours to move from trailing to lead.

On last red, they both spent quality time on safe shots and placed of excellent snookers. Wendy waited for right opportunity and even when she gets the opportunity, she maintained her composure to select correct shots and won first frame.

After that big relief in next frame she went for dominating game and posted break of 48 points to lead. Later she curtailed Ying Chu on 20 points to win the frame and match as well.