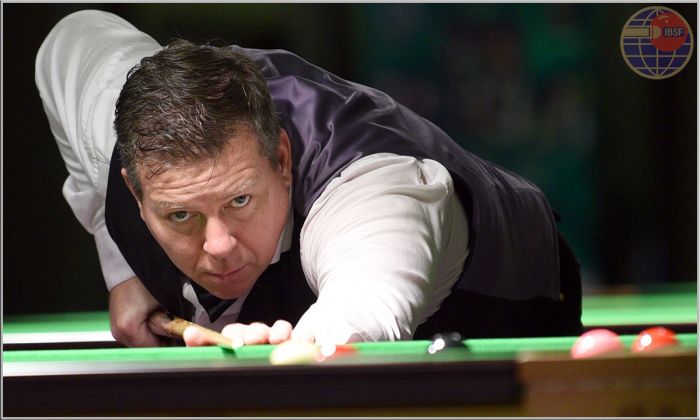 No big problem for World Masters defending champion, Darren Morgan of Wales in securing his first win on day-1 in the group stage matches. He played against Belgium player Johny Moermans and registered 3-0 win scoring breaks of 42, 58 and 40 in all three frames.


Another Belgium player in Masters category, Mario Van Herk struggled against Francisco Rodriguez of Spain and reached the deciding frame before winning 3-2. The match was close where Mario secured first frame on black ball and then lost back to back two frames to go down 1-2.

After that he geared up and pulled back fourth frame to level the match and then in decider, he sent a match winning break of 49 points and won.