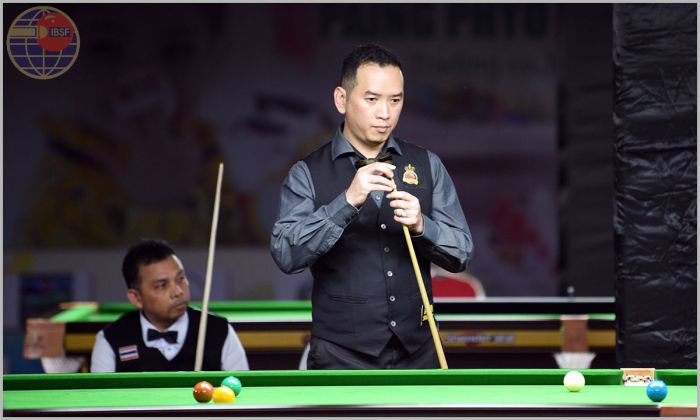 Defending team Thailand for the World Masters faced heavy turbulence before entering into the final of World Masters Snooker Championship 2019, which is scheduled to be played tomorrow.


Almost repeat of last year’s final where Thailand team (Phisit Chandsri and Suckakree Poomjang) are going to take on Team India-1 (Anuj Uppal and Rafath Habib). The only change from last year that Anuj Uppal is representing India instead of Alok Kumar.

After that the Myanmar players made brilliant recovery with 48 points break to secure fifth frame and then the double to set decider.

In decider, Phisit took sweet revenge from Jaw of his first frame defeat and won the match 4-3.

For India-2, the match was bit easy where they defeated their compatriot Geet Sethi and Cherag Ramakrishnan 4-0. Though Geet had chance in first frame which he lost closely and then Cherag who missed the fourth frame also by close margin